My Team Is Red, But Not Very Hot

I have been a life-long fan of the Cleveland Indians. From the time I was old enough to understand baseball, I have cheered for The Tribe.  Much of the summers of my youth were spent following their games either in front of the television (beginning with a black-and-white variety) or staring into a transistor radio.  Part of learning to read involved following the exploits of my favorite team every day in the newspaper.

Unfortunately the Indians usually lost.  I don’t know when I came to the realization that my team didn’t play very well. They weren’t just bad, they were awful.  During my “youth”, the team usually ended up near last place and never finished closer than 14 games behind the league leader. One year we finished in third place in our division (still14 games behind) and this was considered “a great year”.

Over these really bad seasons, Indian fans had to deal with the following:

-        We paid a gazillion dollars for a free agent pitcher who lost 20 more games than he won before blowing out his arm.

-        We traded players that didn’t stink (or who later played great) for players that really stunk.  Year after horrible year the roster was full of awful players who really didn’t belong in the majors but found their way onto our team. (If a player was mediocre, then we considered him a star!)

-        The owner thought about moving the team to Tampa, but Tampa didn’t want us, better to have no team then a team this inept.

-        The most significant game of the era was on “ten-cent” beer night when a drunken riot occurred in the ninth inning causing the Indians to forfeit.  (Even Cleveland rednecks could figure out ten cent beer was a good deal).

Because the Indians were so bad, my boyhood friends and I each chose an “alternate” team to root for.  A team that didn’t suck, a team that actually won games, a team that would sometimes play games all the way into October, called “playoff” games.  Russell’s team was the Pirates, Freddie took the Reds, and my choice was the Dodgers.  All these teams were National League clubs because it would be blasphemous to cheer for any team that competed against our Indians.   If you don’t believe this, here is visual 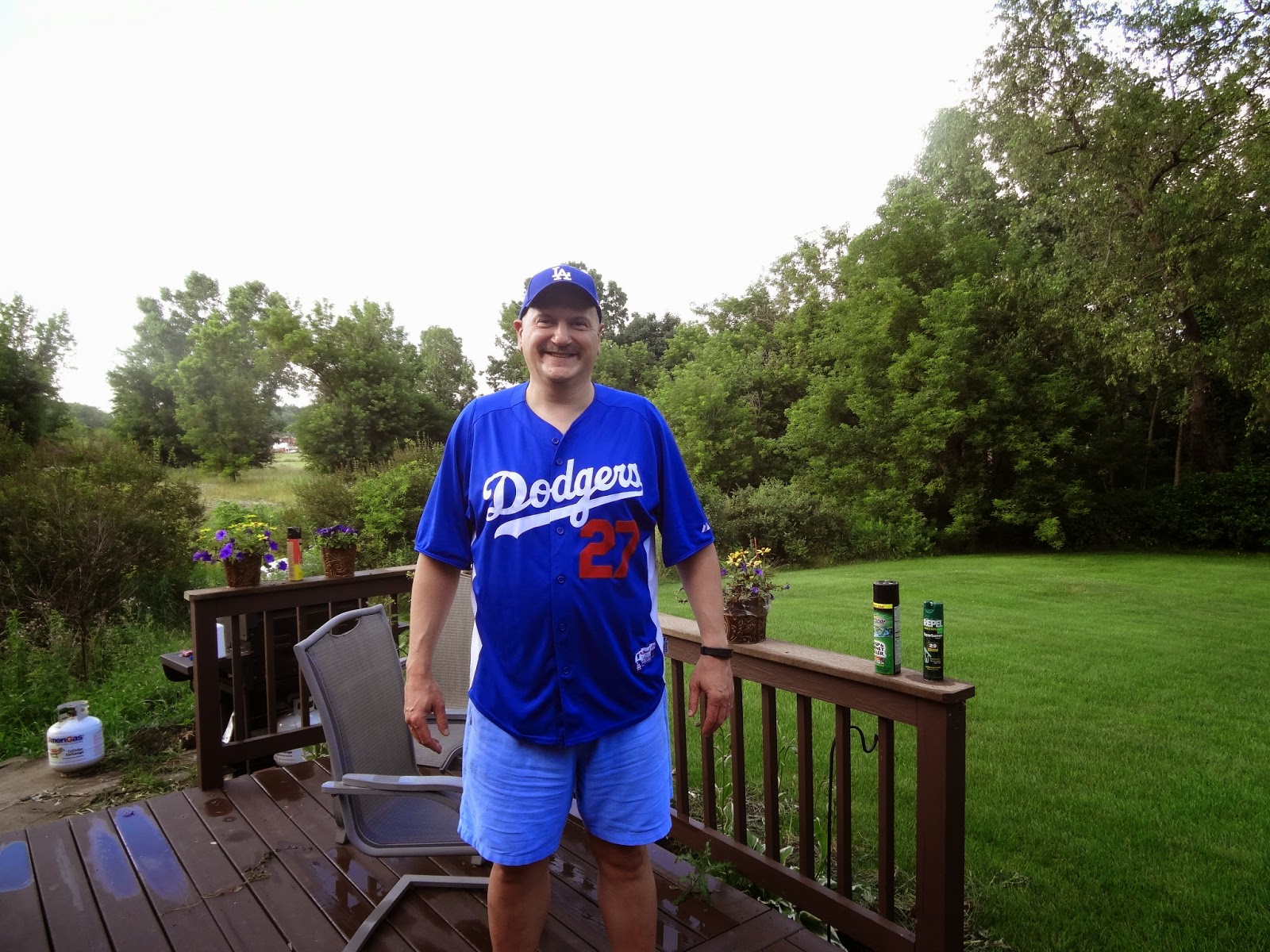 evidence.  If you think it is pathetic for a middle-aged guy to dress like a 10-year old kid, you are correct, but that is the wonderment of baseball.

Even as an adult I have faithfully followed The Tribe, sometimes maybe too faithfully.  The Indians by some incredible fluke actually made the playoffs in 1995 for the first time in 41 years. The first playoff game went into extra innings.  It was getting late and I had an important meeting at church very early the next morning.  I had never witnessed the Cleveland Indians win a playoff game in the 30 years I had cheered for the team, but if I stayed up to watch the end of the game I would have to miss the church meeting. What should I do?
I still remember praying: “Dear Jesus, please forgive me for what I am about to do and while you are at it, please help the Indians score the winning run, amen.”  And Jesus stepped up big time by blessing the bat of Tony Pena.  I was ecstatic, my pastor much less so.  But even though the Indians were better, they still sucked when it counted.  The Atlanta Braves played horrible in many World Series but they managed to play well enough to beat Cleveland that year. Two years later the Indians made it to the World Series again and lost to an expansion team that had existed for only 4 years.  We are pathetic, we are horrible.  We suck, we suck so incredibly bad.
However we have one thing that is the best in baseball.  It is our logo.  It is that grinning "Cleveland Indian” who cheers his team on to victory. Okay, so he just cheers.   The Yankees, Red Sox, Cardinals, Braves, etc. may be much better teams but no team has a logo as impressive as the Cleveland Indians.

And now, and now… some people want to ban this logo because they say it’s offensive and somehow disparages them.  Do you understand why Indians fans might take exception to this? Our logo is our only source of baseball pride, spirit and hope we have left.

Let’s clear up some misconceptions. It is a logo, not a mascot.  People can laugh at a mascot as he entertains, but people do not laugh at a logo. They call it Chief Wahoo, but he’s not a chief because he only has one feather.  He doesn’t represent the Indian race nor is he a caricature that makes fun of Indians. However, he does represent the Cleveland fans who passionate love their pitiful baseball team. 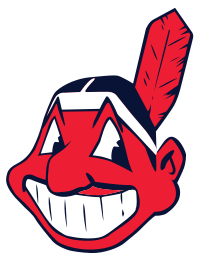 Please examine the logo in detail. His skin is bright red. The only people with skin that color have spent too much time at the beach.  His eyes are triangular; no one has eyes anything like this.  His grin is huge. I don’t think having a large, toothy, smile is characteristic of any particular race.  His hair style is similar to Moe of The Three Stooges.  His nose is “hooked”, but it is not out of proportion compared to his eyes and mouth. So the only distinctive feature is the feather.  Imagine the logo without the feather and he looks like my Italian Uncle Lenny, with a sunburn of course.

And I don’t understand how people can be offended by a single feather when some Indians dress up in full headdress today.  Note: Other people in America also dress up like their ancestors; usually this happens at the end of October.  If this cartoonish logo truly upsets and disparages you, then you are not the brave, strong, people you purport to be.  I think the “Cleveland Indian” represents enormous inner strength.  The poor guy’s team loses repeatedly yet he’s still smiling after 60 years!
If you want to argue that the team plays so bad that you don’t want the name “Indians” associated with it, then you have a legitimate beef.  But in this case, you just look more pathetic than this team and that is difficult to do.