I Have Tweeted My Wiener

The summer of 2016 is coming to an end, with several strange people making bad decisions. (All these news items are real)

Thousands of panicked travelers rushed out of Los Angeles International Airport in late August as a result of security officers confronting a man dressed as Zorro, seated just outside the terminal.

Of course the concern was needless because Zorro only combats criminals and ne’er do wells.  There was no chance their designer L.A.-duds were going to get marked with the sign of the “Z”.

There was criticism that it took six officers to detain Zorro (which accentuated the panic), but this is understandable considering how skilled the masked guy is with a bullwhip and sword. Security was able to de-mask him and determine he was just an impostor, not the real Zorro, waiting to pick up a friend – and his sword was made of plastic. 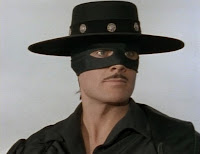 The guy was extremely irritated at being detained.  “I was just there to pick someone up and the next thing I know, LAPD is all over me”, he reportedly said.  Hey Zorro, Black Lives Matter, but not Black-Masked Lives.  You wore that costume in the airport to pick someone up? What??? Were you going to whisk them away on your horse?

This dude playing Halloween in summer, caused five terminals to be evacuated, 280 flights to be delayed, 27 flights to be diverted and some passengers to get trampled in the melee. And they released him without being charged, because unfortunately you cannot arrest someone for just being a freakin’ idiot.

Going to a busy airport dressed as Zorro, carrying a plastic sword? Bad idea! Bad, bad, idea! (couldn’t you have just left the sword, mask and hat in your bleeping car?)

An 18-year old saucy, Aussie, woman escaped from a police station after being arrested for theft.  Police then issued two mugs shots and a media alert in an attempt to recapture her.

However, the fugitive took strong exception to these photos as being “very unflattering” when she saw them on television. She got on the station’s Facebook page and posted a more attractive selfie, asking “Can you use this photo please?”

That is one spunky women with a bad-a$$ attitude.  Commits a crime, busts out of jail and yet is feminine enough to care enough about the quality of her appearance in the mugshot! And did I mention – the new photo is hot!  I do have to admit, that I am a bit turned on by this – except for the fact that she is 18, she lives in Australia, and I’m married.

Sending the police a more accurate mugshot when you are a fugitive?  Bad idea. Bad, bad, idea! (She was soon recaptured – imagine that!)

Incredibly, former congressman Anthony Weiner tweeted his wiener to a gal pal in California. Weiner was first outed as a wiener tweeter in 2011.  I stated then, it is never acceptable to tweet your wiener.  The purpose of Twitter is not to tweet wieners.

Most disturbing, is that one of the wiener tweets showed Anthony on his bed, with his toddler son.  I guess he wanted to show the woman that not only did he have a nice wiener, but that the wiener was capable of producing offspring, if that was her desire.  Regardless, the photo captures a father-son bonding moment, which I’m sure they will cherish many years from now.

This tweet even protruded into the presidential race, since Weiner’s wife is an aide for one of the candidates. Concerns were raised that the tweeted wiener posed a national security risk if it fell into the wrong hands.  I’m sure the North Koreans were giddy with excitement when they hacked the tweet. “Look emperor, we have captured large, American, wiener!”

I do understand that tweeting and texting your junk has become a somewhat common practice.  My friend Becki is on Internet dating sites and she says a common greeting is “Hi, my name is Phil and this is my friend “Dick”!”

Now I may be a bit hypocritical here.  If the Internet existed when I was 16, I probably would have tweeted my wiener to Sally McMurphy. 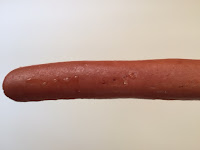 Sadly, my wiener tweet was largely ignored which was a real blow to my male ego. However, Barsha, a woman from Bangladesh did comment “I am hungry for this”.  I wrote back “Hungry for my love, baby?” She replied “No, just hungry. The harvest was poor this year”.

Tweeting your wiener again with your son in the photo and your wife in a high-profile position? Bad idea, extremely bad idea!

Let’s hope everyone makes better decisions the rest of this year!

It was a strange circumstance indeed for me to attend a Tim McGraw concert, more uncommon than watching a Quick Draw McGraw marathon on Cartoon Network.  But I had purchased an expensive ticket for my daughter and when she couldn’t go, I had to extrude as much value out of this audacious purchase as I could, being the cheap bastard that I am.

The ticket, by the way, costed $230.  Of course the concert didn’t cost that much, I figure the actual concert was around ten bucks.  But then they added in all the fees, including:

The Convenience Fee -  It is very convenient for someone to extract more cash from you after you have already bought the ticket.

The Printing Fee – I am using my paper, my ink and my printer to do the actual printing and they do not need to process or mail the ticket.  Shouldn’t they be paying me to do this?

The Government Fee – Otherwise known as taxes. What possible involvement or interest does the government have in a concert and where does this money go?

I had no interest in this concert, except to salvage some of my $230.  I know that Tim McGraw is married to that hot chick who used to sing before Sunday Night Football and I’ve probably heard some of his songs, but I couldn’t tell him apart from other country stars such as Blake Shelton, Luke Bryan or Drake.

So I headed off to the concert that night at the Pro Football Hall of Fame stadium.  The concert is part of the Hall of Fame induction weekend in August.  My wife and I arrived well before the concert to soak up the great atmosphere.  Thousands of football fans were on the grounds and there was a couple of local bands providing entertainment.

I ran into my friend Fulton at one of the pre-concerts and he pointed out to me that I was dressed improperly for the evening.  It was sweltering hot and I selected a jersey that was loose-fitting and comfortable in the heat – a baseball jersey.  So at football Mecca, among thousands of people wearing football jerseys, I am walking around in a Dodgers shirt.  This is the equivalent to wearing a hijab to church.

I felt like such a dweeb, very nerdy.  I couldn’t be the only one stupid enough to do this, so as I walked around I searched for anyone else wearing a baseball jersey.  And I finally found one! “Ha I thought, I’m not the only one!  Yeah, whoa, that guy sure looks like a total loser in that baseball garb! --- Oh crap, never mind ……..”

I was still not dressed appropriately when I entered the stadium for the concert.  It was like entering a foreign country.  Everyone was wearing cowboy boots.  This alarmed me and I was careful wear I stepped because I was sure the ground was covered in goose poop. I mean why else would people be wearing boots in 90- degree weather? 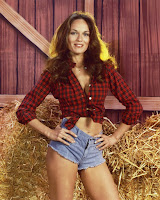 However, this concert was becoming much more tolerable due to the abundance of young women pairing their boots with Daisy Dukes.  Now this wasn’t totally enjoyable.  These shorts were made popular by actress Catherine Bach who had world-class thighs.  Some of those women sporting Daisy Dukes that night had world-wide thighs.  You could call them Daisy Delusionals, if they believed that was a good fashion choice.  I don’t like excessive government regulations, but if Congress wrote a law limiting the size of Daisy Dukes that could be sold, I think I would have to get behind it, I mean support it.

But I’m sure all these ladies are sweethearts, no matter their size.  My single friend Ben tells me all the time how much he enjoys dating country girls.  But he doesn’t date them exclusively, because he likes city girls too. Just the other day he told me he loves cowgirls, but said sometimes he enjoys reverse cowgirl too.

One thing I couldn’t understand were the people going for beers constantly throughout the concert.  First you miss half the concert, then you end up drunk and can’t enjoy the rest of it. Um, you could have just gone to a bar that night and saved $230.

Now I did leave my seat once to get a large, thick, milkshake. I guess all those thick thighs were making me thirsty.  However, on my way back, one of those drunken cowboys crashed into me and I spilled my milkshake all over the field.  Now I quickly took my foot and smoothed it around so it blended into the painting done for the upcoming Hall of Fame Game.  I think I hid it very well and I’m sure no one even noticed it.

The concert actually was very enjoyable, with the added entertainment of with a very inebriated cowgirl arguing loudly with the authorities about the location of her seat.  And I did recognize some of the songs including “I Like It, I Love It” (I want some more of it) which has to be the greatest song ever written about mashed potatoes.

Now I do admit that I was unable to extract the full $230 out of the experience, but I’m still glad I went.  I do believe it is beneficial to expand my horizons and once the news gets out, it could get me a second chance with Taylor Swift – well as soon as she dumps her current boyfriend. (Which incidentally, just happened after I wrote this and before I posted!)