Just want to let everybody know that I have some awesome promotions for my book, Just Make Me A Sammich, planned for the second half of 2016.  In July, I’m going to … what? Uh wait. Why do I need a new calendar?  Oh, so I guess that one went by quickly.  However, many people did not like 2016, so maybe it didn’t go by fast enough.  But it is time for a quick year-end wrap up.

Let On The Blogging Room Floor

There was stuff that I wanted to write about, but I either didn’t have time or a good angle.

A woman near Youngstown, Ohio was arrested for offering to give an undercover cop a “quickie” for “$60 and some nachos”.  She wanted the nachos so badly that she kept asking the officer to get her some even after being cuffed.  One of my Facebook friends who lives in the area did post that the restaurant (parking lot) where this incident took place, does serve excellent 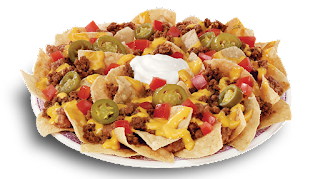 nachos.  He did not, however, comment about the quality of the hookers.  This item was so funny on its own I couldn’t do much more with it.

Twice on a business trip I had to ask people to move because they were sitting in my assigned seat on an airplane.  I don’t know why people have trouble figuring this out.  “Yes, this is my seat. It has been my seat since it was assigned to me two months ago, when I bought the ticket.  My buns have been looking forward to enjoying this particular seat and I’m sure the seat has been anticipating my arrival also. Now get you’re a$$ out of my seat!”  The post would have been titled “Get You’re A$$ Out Of My Seat” and would have also included numerous encounters at baseball stadiums and concerts.

I wrote two posts on the presidential campaign because it was so wacky.  I had an idea for a third one where my friend Jose was disappointed that although his country of The Banana Republic was having its first-ever election, he was repulsed about his choice of candidates.  One candidate was a corrupt woman, a criminal with no respect for the law. She had “taken out” the socialist candidate in the race. The other candidate was a ruthless, pompous, dictator-type, who bullied opponents and offended everyone.

Jose is despondent and says to me, “Why must I choose between such awful candidates?  I want to vote, but I am going to need a hot shower afterward.  Why can’t my country have great candidates like those in the United States?”  I shake my head and moan, “Oh Jose, you don’t realize what you are asking for”

A company boasted that its new portable oxygen concentrator was the smallest on the market.  It is so compact, the ad showed an elderly woman grasping a tennis racquet (as in ready to return serve) with oxygen tubes in her nose.  That device might be small, it may be wonderful, but under no circumstances is it a good idea to send an old lady out on the tennis court with one of these.  Granny rips a backhand, rips the tubes out of her nose, -- Game, set, match to the Grim Reaper

There were a series of local (probably syndicated) commercials where an actor literally sings the praises of different car models to the tune of well-known Christmas carols.  As he sings about the large pick-up truck, he is packing up construction materials and touting how much stuff he can haul. It includes the line “and got a bunch of hose” (you may need to say this out loud).  I laughed out loud each time I heard it and I wasn’t the only one. Because the line was soon changed to say “and got a bunch of those”.  No word on how many beetches could actually fit in the back of this truck.

Too Much Good Stuff On The Internet

The Kardashians wore revealing outfits, did naughty things, got divorces, but they are way too fast for me to keep up with them.  In fact, there are enough good headlines on the Internet that I could probably write a post a day. Just last week I saw: Dale Earnhart Jr. compares wedding to Daytona 500: “I know I’m going to win it”.  I just hope that he doesn’t perform on his wedding night like he does on the track, because, uh, sometimes you don’t get rewarded for tremendous speed.

I suggest he carefully explore all the curves on the course, until his bride is ready for him to enter the pit area.  And then the goal is to not rush to get out of the pit, but to make sure everything is serviced to everyone’s satisfaction.  I do hope that he gets the checkered flag and is able to take a victory lap.

Song That Got Stuck In My Head

After hearing the first item in the post, I couldn’t stop singing (with apologies to Marcy Playground):

I Want Sex And Nachos

I want sex and nachos, now
Double cheese me, on my plate
Who’s that tossing jalapenos
on my confection