I Dated Taylor Swift (and she wrote a song about it)

Recently I had the awesome experience of dating Taylor Swift.  Now you might wonder how I attracted the affection of Ms. Swift, but I was wearing my $230 designer Pitbull sunglasses and chicks just can’t resist them.  I think she may have actually thought I was Pitbull when we began the relationship.  In addition, she is from Pennsylvania so maybe I had my Pennsylvania Dutch mojo going.

Unfortunately the relationship lasted only 15 minutes.  No, this wasn’t speed dating.  Apparently courtships move much faster these days.  However, I found out afterward that brief relationships are common for Taylor and that I actually lasted longer than some of her boyfriends. 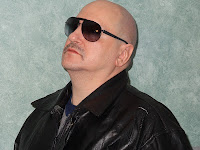 Now you might think she left me because the sex was bad, but let me assure you that was not the case.  I can say this because the relationship lasted only 15 minutes and my blue pill takes about an hour to work.   It wasn’t the sex, but it could have been her unfamiliarity with my Aqua Velva after shave.

I know I should not be dating young chicks at my age, especially since I am married.  But c’mon, this is TAYLOR SWIFT!  I mean she is smoking hot, she is super rich and she does not appear to be too bright.  In other words, many guys would consider her the “perfect woman”!

When I was younger I would have been crushed by this rejection, but now I just got some nachos and everything was fine.  I did text her the next day, but she texted back “We are never, ever, ever, getting back together”.

I thought that was the end of this incident until I turned on radio a few weeks later and heard Taylor wailing a song she had written about our fling:

I really thought you were the one, but I am older than your son
I wanted me some six-pack abs, not 6 big pounds of belly flab
You were so suave and debonair – didn’t notice all of your ear hair

I thought you said you were European, but that just meant always, you’re a peein’
I just wanted to frolic in Niagara, but you said you needed some Viagra
Yeh, yeh, yeh,  when I’m with you, I'm feeling “52”

So as the mega hit “Old Enough To Be My Dad” rockets up the charts, I am totally embarrassed and Taylor makes a few more millions.  But I have learned my lesson.  I am not going to be used and have my heart broken by a hot, young, celebrity ever again.  However if anyone happens to have Shania Twain’s cell number, please send it over.

And in response to Ms. Swift’s song, I have decided to write a song of my own about the relationship.

Okay this song writing stuff can’t be too difficult ….

“Wait, what? Bruno who? From where?  So Bruno from Mars has already done this?  Okay, let’s start over.

What now?  Are you freaking kidding me? That Bruno guy again!
That’s it.  Just forget I said anything about any of this.