A Christmas Letter To Brag About 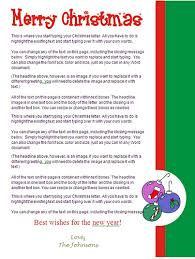 As we enter that special holiday time, one of the joys of the season is receiving those humble Christmas brag letters.  Well-meaning people send these to spread Christmas cheer by raving about their perfect family and all their wonderful accomplishments that year.  After reading these letters, you are devoid of all cheer, you feel that your family is inadequate and you consider the author of the letter to be a yuletide douchebag.

Just in case you did not receive a humble Christmas brag letter this year, your Uncle Don has decided to share this year’s letter from his third cousin, twice removed, Maude.

Wow! Where did this year go to?  I’m so sad to see it end, because it’s just been a fantastic year for our family! Let me share some of our stellar achievements this year:

Candi is expecting again!  The good news is this time the list of possible fathers is much shorter than last year.  While this shows that Candi is growing in maturity, unfortunately we will not be making a return visit to New York to be on the Maury Povich Show to “reveal” the father.  Heck, we won’t even need a DNA test for this one.  There are only two candi-dates and they are of different, uh well, of different ancestral origins. Let’s just say the winner will be clearly apparent at birth.

We are so happy that Kyle’s molestation charges were unexpectedly dropped. We all knew he was innocent.   His attorney said he was confident that he would have won the case in court but the photographs he had of that young assistant prosecutor giving oral dispositions to the judge after hours, really sped up the process.  That attorney was expensive, but the law firm of Duckham, Buckham and Fucarelli gets results!

Todd got some interesting news at his annual checkup. It seems his prostate has swelled to epic proportions.  The doctor said it is one of the largest prostates he has ever seen!  It’s too bad they don’t have a prostate category at the local fair, or someone I know would be bringing home the blue ribbon.

Justin remains in prison but is making tremendous strides in turning his life around and becoming a changed man.  In October, he received the “Ben Dover” award for exemplary service in his cellblock!

Crystal is becoming quite the student, excelling in both science and math.  The girl is spending almost all her time “in the lab”.  What a studyholic she is!  And she is also a math whiz.  So much so, that her friends have given her the nickname “Crystal Math”.

Brandy got a new tattoo to add to her impressive display of body art.  Unfortunately we can’t see this new one, which is amazing considering how much skin we can see!  She won’t reveal where it is, but it says “7-11”, which I think stands for “always open”.

My brother Charles, the accountant, bought himself a huge boat.  He also will be getting a new job next year.  Seems his company went belly up when someone drained all the money from the accounts.  He is sure unlucky in that way.  This is the same thing that happened at his last two jobs!  Oh well, this just gives him more time to enjoy his boat.  Good thing he lives on the ocean. 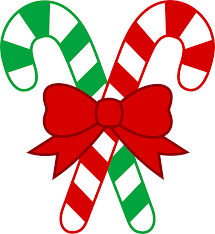 Kellie just got her third breast enhancement surgery.  She said it was time to “trade-up”.  We split the cost.  She paid for the actual surgery and we paid to expand all the doorways in the house.  She is also going to have to pay for the new custom-made brassieres.

Vanessa is enjoying her new job as a phone counselor.  Men call her from all over the country at all hours of the day and night.  She guides them through a stress relief process and they end up learning how to relieve their own stress by taking matters into their own hands. She can do this work from home and she gets paid by the minute!  Wow, getting a job like that was sure a stroke of genius.

And before I end, I must tell you about my niece Patrice, who got to have a “private” meeting with one of her idols, Bill Cosby!  She said it was such an overwhelming experience that she can’t even remember much about it, but she said he’s a real knockout.

So Merry Christmas everyone and we can only hope that 2015 is as good as this year!

And to my Jewish, Muslim and Buddhist friends – Still Merry Christmas!
Posted by Don Ake at 4:53 PM