Gather round children (you adult children), it’s time for another one of Uncle Don’s Christmastime stories to warm your heart.

Last week, Uncle Don traveled to Indiana for an important company meeting. Early on the first morning, I headed for the hotel breakfast buffet, which is included in the price of the room. Because the company is paying for it all, it’s just like getting some free breakfast appetizers! (Score).  I was met by the waitress who directed me to the food, while she fetched my coffee. Sally was a thin, older women, with streaky white/gray hair, worn in a pony tail. Picture a female version of Willie Nelson. Her voice was gravely, indicating many cigarettes had been smoked, and maybe like Willie, a significant amount of weed. But she did work diligently to make sure I was tended to, even giving me a free drink coupon for that evening. 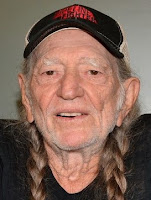 I finished my meal and got my breakfast coupon and a dollar bill out of my wallet. I probably would have tipped more, but I had forgotten to load up on cash for the trip, having just $24. As I was about to leave, Sally stopped by one last time, so I handed her the coupon and the dollar. Sally then said this:

“Thank you so much. You know it’s Christmastime. I have 18 grandchildren and this year I want to be able to buy them all Christmas gifts for the first time ever. Now, my kids always buy gifts and put “From Grandma” on the tag, so they all think it’s from me. But this year I want to buy the gifts, even if it’s just a $10 gift card for each of them. You see, I haven’t worked for a long time, but I got this job six months ago and I’ve been saving up my money to buy these gifts. Now, my kids don’t want me to do it, but I’m going to.”

I wished her a Merry Christmas and returned to my room, but I felt as if I have stepped in a Hallmark Christmas movie titled “The 18 Grandchildren at Christmas”. I am deeply moved and start thinking about how I and some of my coworkers, who are staying at the hotel (they had breakfast there later that morning), could help this woman. I decide I’m going to give her $20 tomorrow for a tip. I did consider that this whole story could have been made up, and Sally might spend the money on weed - but we don't want to think about that, Children.

Later that morning at the office, before our meeting started, I said to my coworkers Andy and Ted, “You need give a big tip to the waitress at the hotel tomorrow.”
“You mean the one with 21 grandchildren? Andy asked.

Andy explains that he overheard the woman tell someone she had 21 grandchildren and about wanting to get gift cards for them.

Raucous laughter ensues. There was a frivolous discussion about how someone could mix up the number of their grandchildren, and miss the number by three. Followed by even more raucous laughter.

“Well Don, you were there almost an hour before us, maybe her kids popped out three more in the meantime”, said Andy. They do seem to be very prolific.” (More laughter)

I tell them the rest of her story. We then speculate whether this is a “I need money to buy presents for my huge number of grandchildren” scam.
Yeah Don, she told you she had 18 grandkids and you only gave her a dollar. She decided to up her game to 21”, said Ted. (More laughter).

I told them I had planned to give Sally $20 tomorrow, but now I wasn’t sure because of this 18 vs. 21 issue. Maybe this is just about weed, I thought -  but we don’t want to think about that, Children. Andy and Ted said they were just tipping their normal amounts tomorrow.

I like facts to match and dislike discrepancies, so this 3-grandchild gap kept bothering me. At the afternoon break, I speculated that maybe she just gets confused and the number randomly changes.  But Andy and Ted were still not buying her story.

At the start of dinner that night, we were still laughing about Sally’s grandchildren story and I was still unsure about giving her $20. Andy had just watched the movie “The Sting” and was sure Sally was a con artist who was trying to hook me in. Ted agreed with Andy, so I had decided against giving her any money. But just then Derrick, another coworker, joined us and heard us discussing the issue. I explained the entire story to him, and then asked, “Would you give her $20?” He didn’t hesitate and said “Sure I would.” This surprised me, so I then said, “Then give me $20 and I will give it to the woman tomorrow.” And with that, he reached in his wallet and slapped a twenty on the table right in front of me. Andy, Ted and I sat stunned as I put the bill in my pocket.

Therefore, I was free and clear, Children. All I had to do was give Derrick’s $20 to Sally the next morning. However, I would ask her again about the number of grandchildren, just to ease my mind that she wasn’t going to use the money to buy weed - but we don’t want to think about that, Children.

However, the plan changed as I was getting ready the next morning. I may have thought I was free and clear, Children, but God don’t like this free and clear business. He is more concerned with faith, Children, and a faith that costs you nothing, is not really faith at all. I practice directed giving, Children, meaning I give as God directs. And it was made clear to me that morning that Sally was going to receive $40, not $20 as I had planned.

I got to the buffet early and was pleased to see there weren’t many people there because I was unsure how this was going to play out. Sally greeted me and went to get my coffee. When she returned, I studied her face closely, concluding she had lived a tough life, and could have even spent some time in jail.

As I finished my meal, there was only one older guy in the place. Sally stopped by one last time to check on me.

“I was telling my coworkers about your grandchildren”, I said. “How many do you have again?”

(Hallelujah, and I think I could hear the angels singing)

“Well, we want to have this” I said, as I handed her the $40.
“THANK YOU!” She proclaimed. “I was planning to go get the gift cards tomorrow.”

She hugged me and the tears began to flow. And you can be darn sure I was watching her reaction like a hawk. A con-woman may be able to fake tears easily, but not this quickly nor profusely.

And that’s when the Christmas happens, Children. That’s what it really means. That’s why this “Happy Holidays” garbage just don’t get it done. THIS IS CHRISTMAS!!!!!!

As Sally, still sobbing, went to check on that other guy, I heard him say “I don’t know what just happened, but I want a hug too!”

You see what happened, Children? Your Uncle Don spread so much Christmas cheer that strangers are hugging for no reason at all!

As I left, I heard Sally tell the guy “I’ve had a tough life. I have seven kids, but I’ve lost two. I got crazy after the first one died. Yeah, I spent some time in jail.” (nailed it).

But that made me feel even better about what I had just done, which is the magic of Christmas, Children. And it was mericle, Children. A mericle in Indiana!  I just hope she doesn’t spend any of the excess money on weed - but we don’t want to think about that, Children.

And can you hear those bells, Children? Oh, those aren’t Christmas bells. No, Hallmark just called and want to buy the rights to “21 Grandchildren in Indiana at Christmas”. Your Uncle Don just struck it rich, Children.

But I wonder why Children, that your Uncle Don doesn’t open his wallet as wide the rest of the year as he does at Christmastime? And I think God put Christmas at the end of the year for a reason. I have no excuse for not be as generous all the time. For unto us a child is born, unto us an example has been given. And every year Christmas reminds us how it should be done. In a way, Christmas shines a light on our failures of the past year, but sometimes Children, it gives you one last opportunity to get it right.