I Am Not Mr. Smarty Pants

Every humor writer/comic tells us about their colonoscopy. I strive to be original and fresh, so I promised you I would not write about mine. Uh, er, well some stuff happened that day that was uh, interesting. So this is the first, and hopefully the last, broken promise of 2019.

When I get to medical facility that day, I am in a horrendously foul mood. I haven’t eaten solid food for 24 hours (no free appetizers allowed) which makes me cranky. I am also dehydrated, which makes me ill and even more irritable. And of course, I have just been totally cleansed, which adds to my discomfort, all this at the unholy hour of 6 a.m.

My cleansing was provided by a new medicine called “Bowelsrific” (It does have an official drug-like name, but I like mine better). This is supposed to be far superior to the “old” way of cleansing. But when the pharmacist told me Bowelsrific cost $90 and insurance only covered $20, I nearly $#!t myself. So Bowelsrific is effective even before you take it!

And Bowelsrific works! The first shot made the trip from top to bottom in 52 minutes, and like a good deejay, the hits, they just keep on coming. The second shot, taken that evening, rocketed through me in just 48 minutes. By the end, fluid was shooting out of me so smoothly that I imagined I was a fountain statute in the park, with my buns pointed to the sky.

Yes I was totally cleansed. I felt so cleansed I thought I was a Buddhist Monk. So clean, that I was even monkier than the other monks.

They call my name and I just want this thing to be over fast, with no problems, and to not yell at anyone, considering my atrocious mood. But I am greeted by Nurse Nancy, the perkiest woman I have ever met in my life. I’m sure some people appreciate her cheerful, positive demeanor and chit chat. Me? I WANTED HER TO SHUT UP! JUST SHUT UP NOW! Just tell me what I need to do, shove the probe up my @$$, and get it over with.

She measures my height, “Such a tall one!” and takes me to the waiting area in full chatty mode the entire time. In order to cope with her, I switched in to full “Husband Listening Mode”. HLM allows guys to total filter out all those boring, unnecessary details your wife says, but alerts you if she says something of value or asks a question, so you can rejoin the conversation just as if you had been actively listening the entire time. So Nurse Nancy keeps yakking it up, but I am ignoring it and not responding to her at all.

But before she takes my blood pressure, she asks me what I do for a living. I answer only because it would be impolite not to.

Me: I’m an economist-analyst in the trucking industry.

Nancy: (loudly) OOOOOOOOOH! SO WE ARE SEEING MR. SMARTY-PANTS TODAY!

Whoa now! This statement would be offensive to a whole lot of people. I could even see one of my former colleagues berating this woman for being so flippant. 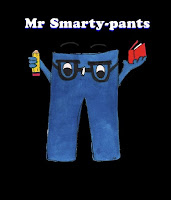 I don’t expect people to be impressed with my job. That’s why I keep the description short. Some people I meet are truly interested in what I do and I answer their questions as best I can and a few of them end up less impressed than when the conversation began. And yes, I do post on social media when one of the big news services quotes me in an article. But it isn’t bragging as
much as informing friends that “important” people are interested in what Don has to say. And many of these friends are more amused with it than anything else.

So I wasn’t expecting Nurse Nancy to be awestruck with my profession, but I was stunned by her absurd reaction. However, I did realize that Nancy wasn’t making fun of me, she was just being her super-perky self. But she had insulted me. So how did I respond to this outrageous outburst?

I started to laugh profusely.  I laughed loud, I laughed hard, and I kept on laughing. Due to my strong reaction, Nancy immediately realized she had crossed the line, and fervently apologized. I stopped laughing just long enough to address her concern. Then I gave her a smirk that said “Oh you didn’t really just say that, did you?” And then started laughing hysterically again.

Yes, she had misspoke. But let’s go back to the part of the story that describes my mental state at the time. Any person that can make me laugh that hard when I am in the worst mood possible, is exceptional. Period. Laughing releases endorphins and several other body chemicals which provide a host of benefits. I was in one of the least desirable situations there is, but now I felt great and wasn’t stressing at all about the colonoscopy. And this is why I try to make people laugh through my writing. It is to provide a distraction from the stress of life.

Nurse Nancy may have been clumsy in her approach, but she ended up doing her job in an excellent manner. And she even cracked me up one more time when she instructed me to cover up with the sheet, because “no one here wants to see your giblets”. What a hoot!

I am taking a risk telling this story for fear the moniker “Mr. Smarty Pants” might stick. I would hate to read a trade/business article that said: “Mr. Smarty Pants states that next year trucking will ….”

I don’t want to be in my next company meeting when the boss says, “That sounds reasonable, but let’s hear what Mr. Smarty Pants has to say”. Then after I give my opinion, a coworker asks, “That’s interesting Don, but what do your pants think about this? Word is, those pants are smarter than you are.”

And then one of those econo-babes on Fox News calls me for an interview:

Her: Before we start, I must ask if you are wearing pants?

Me: Oh baby, what do you have in mind?

Her: No, you pervert! Not that! I just need to know if you have your smarty-pants on, so I know you are providing intelligent answers.

The good news is, my colon is normal. As proof, the doctor’s office included four photos of my colon on my discharge papers, including thrilling shots of my cecum, appendiceal orifice and retroflexed rectum.  During my time there, the staff informed me that the anesthesia used was the same one Michael Jackson got addicted to. I must say that it is really good stuff. Really, really good. So good that after I came to, I asked them three times if I could have some of it to take home, just in case I had any discomfort. But they told me to beat it.

And regarding the anesthesia, the anesthesiologist saw my profession that Nurse Nancy had entered into my profile. He then asked me when I thought there would be driverless trucks on the highway. I was giving him and the doctor my opinion, a very intelligent analysis I might add, as they waited for me to go under. And I was able to talk intelligently, even after I had “assumed the position”, with my bare butt-cheeks sticking right out in the air. That’s right – no pants – just me! SO THERE!