Despite the pandemic, I decided to make my annual Christmas shopping excursion to the mall. So, I put on my turkey mask (yes, it’s real) and ventured out. I was concerned there would not be interesting things to see this year, but I was wrong.

Unfortunately, I happened to pick the day of “Huge Candle Sale” at the “bath soap and body lotion” store. But I didn’t think many people would risk their lives for cheap candles, but I was wrong – so wrong. They were limiting the number of people within the small store, so there was a staging area with 30 socially distanced people waiting outside the store and another 20 people in a second waiting area about 50 feet down the concourse. This means I would have waited an hour just to get in, and I wasn’t even shopping for candles. I decided to stroll on by.

I went into the fancy-smancy department store. I’m not going to buy anything. I’m just looking for what’s trendy this year. I see this nice display of $150 sweaters. But what guy is going to spend $150 on a sweater? The answer is “none”. But women will. Put a high-price tag on anything, and it perks up some of the female species. It is the equivalent of product porn. Women know they shouldn’t buy it, but many can’t resist it. There ought to be a law against it, but the stores and credit card companies would go broke if there were. And this year, there is nowhere to impress people with your $150 sweater anyhow.

The department store already knows that men aren’t going to buy anything here. I came to this realization when I was in the store and had to take a whizz. However, even though there were two “women’s restrooms prominently marked, there was no sign of a “men’s room” anywhere. They do not want men hanging around their store, talking women out of ridiculous $150 sweater purchases, and using their restrooms. Alright, this is probably because men are much messier than women and are more prone to “stink up” the place. And this can cause problems ….

Woman at the fragrance counter about to purchase some $500/oz “watair du tolay”:

“Oh I just adore the subtle fruitiness of this scent. But whoa! What is that stench?”

Clerk: “I’m sorry. Some guy has found the restroom again. We took down all the signs, but sometimes they find it anyway.”

Woman: “Eww! I can’t buy this “watair du tolay” while being overpowered by “stench day toilet”. I have to leave now.”

It’s a good thing I didn’t have to whizz badly because the facilities are well hidden. Probably back in a dark corner, where a desperate guy might try to whizz he had to. “Oh look, there it is.”

I know I could have asked one of the clerks, but I fear it could be embarrassing.

Me: “Could you please direct me to the men’s room?”

Clerk: “There is one way back over there. But you are not planning to stink up the place, are you?”

Fortunately, I made it over to the main mall restroom just in time. But I was surprised to find that several urinals were out of order, making social distancing more difficult. To provide the acceptable man-distance, I had to use kiddie urinal, which is lower to the floor. Because I am tall, sometimes when I must use the kiddie whizzer, the guy at the urinal next to me will make some smart-ass comment about it being a long shot. When this happens, I stare straight ahead and in the most serious tone possible reply, “I can use the extra space”.

At two stores (and also on the web), I saw overpriced ($12) tree ornaments with messages: “2020 – the year we quarantined” or pithy sayings to that effect. (There was even one on the Internet designed to look like a coronavirus). Why would you hang something on your tree that reminds you of how awful this Christmas is? Are you a moron, or a sadist? Maybe just a moronic sadist. Pick one. And the other reason you buy a dated ornament is to relive warm memories of that year for many future Christmases when they are hanging on your tree.  No one will have any warm memories of 2020 unless they are running a fever. If you choose to hang the 2020 ornament on your tree next year, you need a mental evaluation. All these ornaments deserve to be burned in hades.

I was visiting the second fancy-smancy department store when I turned the corner and thought I saw a young woman wearing this tight, little crop top, with no bra. Her large nipples were stretching out the thin fabric. Only it wasn’t a woman; it was a mannequin. Apparently, enhanced-nipple mannequins are a thing. I would have taken a pic, but I wouldn’t want anyone to think I was weird (here’s a pic from the web).  However, if I knew I was going to write about it, I would have flagged down a store clerk and pointed (ha) out that they had 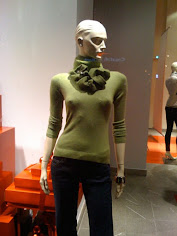 neglected to put a bra on the mannequin, just to see her reaction.

And it’s also the wrong image to send to young men. As I stood there, a man and his son walked past. The boy looked at the mannequin …

“Hey dad, can I get a girl like that for Christmas?” he asked hopefully.

“No, Ralphie, she’ll shoot your eye out,” his father warned.

I did end up buying three candles at another store in the mall. There was no waiting, and candles are candles, right? They are made of stuff that melts. They have a wick; you light ‘em, they burn. Been that way for 5,000 years. And the one I bought for my wife smells like the beach. We didn’t get to go to the beach much in 2020, so my wife can experience the beach without leaving the house, which means I just  saved thousands of dollars. So, such a deal! 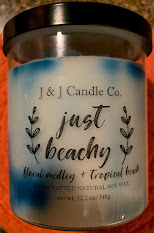