Cat-Like Reflexes on the Internet

Isn’t it great to live in this high-tech era?!!! Modern technology is by far the most advanced in the history of the world. And that makes us the most sophisticated, refined, intellectual culture ever! Right? Oh, ahhhh, wait a minute on that one.

Well, the problem is that we remain homo sapiens, and despite all the new wired technology, and even wireless technology, we are all still wired as humans. Humans with natural reactions, obsessions, behaviors, and emotions. And sometimes bad things happen when the new world suddenly encounters the ancient world.

For example, we revert to being cavemen on Twitter (and sometimes Facebook), throwing all sorts of rocks at our perceived enemies when they disagree with us. Sometimes the conflicts escalate, and combatants start figurately clubbing each other as hard as they can.

On Instagram, women compete for “loves” (hearts) by posing in various sexual contortions and adornments. I’m not slut-shaming, but they resemble “bitches in heat” from the animal kingdom. Forgive my ignorance, but I learned everything about animal mating from a guy named Marlin Perkins.

Marlin: Oh, look! The female wildebeest has laid down in the middle of the field with her legs spread up in the air. The male wildebeest emerges from the brush and spots the female. What will happen next, children? But wait, it’s now time for a word from our sponsors, Mutual of Omaha.

On Facebook, we get a psychological boost when our posts get a lot of “Likes”. Some psychologists claim the feeling of collecting “likes” is similar to winning money. This, of course, feeds our primal need to be liked. This need exists either to cause us to treat our fellow man better, or to keep us from getting killed – probably a combination of both.

But one thing on the Internet has turned everyone into cats. Cats are easily distracted by funny objects. It’s something out of place, something hanging in the air, something foreign spotted in the vicinity shiny objects, laser pointers, and even balls of yarn. The cats feel the need to examine the item, bat it, bite it, hiss at it, and explore it. Yes, they are curious creatures, and sometimes curiosity indeed kills the cat.

We Are All Cats Now

You go on the Internet for a specific reason, but you may never get there – because of clickbait. The funny object – the headline - piques your curiosity – and you become as curious as that proverbial cat. You need to send that important email but ….. 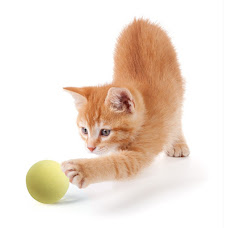 Well, maybe that email can wait because I’ve never seen a sculpted butt before. And just how sheer is that gown anyway?

Crickey! I hope she’s okay. How did the boars get there, and what about the kid?

Woman With Humongous Breasts Has Trouble Sleeping and Getting Through Doorways!

Poor Woman! I wonder how big they are?

I wonder how toned is super toned, and how can the dress be gorgeous if it contains so little fabric?

Ya Gotta Show Some Restraint

Unless you show some restraint, you can log on in the morning, and before you know it - you

I will admit it was a distraction when I worked at home. Let’s say I was writing a report and had to look up the current GDP figures. I log on, and right on the landing page is:

If that derriere can stop a whole show, how can it not stop my work?

Am I a respected industry analyst or a cat? I should not have to make this choice!

The cat can’t resist the weird objects – it’s a biological response. But we, being much more intelligent than a cat, can surely realize that those clickbait headlines are always way overexaggerated and stop clicking on them so much, right? Meooooooow!

I must have been able to resist most of those feline temptations since I always got my work in before the deadline. Although they know how to get you to take the bait ….

Okay, I’m reasonably sure that I clicked on that one.

But I have much more to write about on this subject, for example .. Whoa, whoa, whoaaaaa!!!!!