One of the worst fashion trends of the past few years is young, urban, males going “beltless” and letting their britches hang too low.   Of course this makes them look totally stupid.   Now I’m not saying they are stupid.  I mean I don’t want you associate the concept of stupid with this in any way.  Forget I even brought up the term stupid at all, although even Forrest Gump was able to master the use of a belt.


I will give these fashion freaks the benefit of the doubt.  They may be too poor to afford a belt.  However if they are wearing $200 Le Bronner basketball shoes, the problem could be bad financial management.  For the others, I propose the forming the charity “Belts For Buttcracks”.
Perhaps these chaps are just ignorant.  People have been using belts to hold up garments for around 4,000 years, but maybe more education is needed.  A solution might be as easy as “Belting” classes in school.  “After threading the belt through the loops on your trousers, pull the belt tight and then buckle. Great, now let’s try it again!”
These classes would not have been necessary many years ago at my high school.  If anyone would have shown up with their slacks hanging that low, they would have immediately gotten “pantsed”.  I am sure of this because one day my friend John wore some new, “odd” pants to school.  Unfortunately those pants were down around his ankles before first period.  This wasn’t being mean, it wasn’t being bullied.  It was to teach you than when you do something too peculiar, there are negative consequences.  Learning how to conform to society norms is an important part of your education.

But upon further review, I believe there is an obvious purpose for this fashion statement.  I believe these guys are just displaying a continuous, quarter-moon.   If prescription medicine can be delivered in a continuous, low-dosage, method, so can a moon.
However if this is the case: YOU ARE DOING IT WRONG! 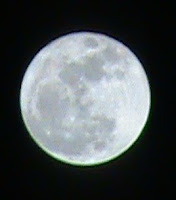 Once again I must take you back to my old high school days because some of the guys at my school were very skilled mooners.  And the best mooner of all was “Billy the Mooner”.  Billy would hold the Guinness World Record for number of people mooned if statistics were available.  If you upset Billy in any way or were an isolated woman (rated higher than a “5”), he would shoot you the moon.  (Now there was nothing at all wrong with this since sexual harassment did not exist back then).
Billy was a mooning machine.  He had more moon shots than NASA.  On his wedding day he mooned his honey before doing anything else. Of course this was after he had mooned all the bridesmaids.
When it came to mooning, Billy was an expert marksman.  I once saw him moon a teacher during summer break at 50 yards.  If mooning was an Olympic event, Billy would have a pile of gold medals.
Olympic announcer: “Look at that moon shot! He really nailed that one, didn’t he Megan?  Megan? Are you okay?  Here let me help you up.” 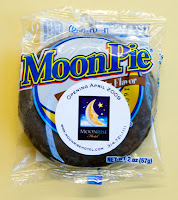 Billy never joined the military because he would rather moon the enemy than shoot the enemy.  However now that we are fighting some people who are greatly offended by exposed buttocks, maybe Billy would be considered a weapon of mass destruction.
And Billy so loved to moon people.  After a successful, satisfying, moon, Billy would flash his “moon grin” which signified: Mission accomplished, target mooned.  He also was a master of the moon-and-dash.  He could drop his drawers, shoot the moon and escape before his victims knew what hit them.
And Billy was a great leader.  He even orchestrated some impressive “gang moons” in the old neighborhood.   Of course I never was able to witness the full splendor of these group moons, because uh, because er, because I was somehow always facing the opposite direction.
So my advice to this new generation of young mooners; don’t do this half-assed, well I guess in your case, don’t do this quarter -assed.  If you are going to shoot the moon, shoot the full moon and then run like hell to make your get-a-way. And you are going to need a belt because you can’t run very fast if your pants are dragging on the ground.
Posted by Don Ake at 8:17 PM