We Need Things To Slow Down Fast

If we didn’t already have enough to worry about, with the plague killing us with disease and our politicians killing us with hate, along comes this disturbing (actual) headline:

“Scientists say Earth is spinning faster than it has in decades”

That’s right, while you thought 2020 was the longest year ever, it was, in fact, the shortest. By using atomic clocks, scientists say that July 19 was the shortest day ever recorded, and the Earth spun faster last year.

Not being influenced at all by the dangers of the plague or watching the nightly cable news, there is only one way to interpret this phenomenon: The world is literally spinning out of control.

Now I know they taught us in school that the Earth spins on its axis. But there is no real axis! Nothing is sticking through the Earth that it actually spins on. That’s why they teach us this in third-grade because we are still too young to question the stupid things we are being told.

When I was a boy, I had a metal globe with an actual plastic axis sticking through the center. Of course, when I spun it too fast, it would pop off its axis and go rolling across the floor. Let’s hope that’s not going to happen here.

But the Earth is just hanging out there in space, spinning away. And now spinning even faster, with nothing – I repeat nothing - keeping it from just flying off into the universe. You atheists better hope you are wrong. You better say a prayer that you are --- uh well, that won’t work, will it? Well, do something …..

The scientist’s solution to the problem is to “add a negative leap second” to the atomic clock. In essence, they want to “turn back time”.

If they decide to do this, I believe they should have Cher do the honors. I mean, she sang about wanting to, and now she can. She would also be a great choice because she has “turned back time”. Just look at her! Cher is 74 years old and still hot. She may have set the record for hotness longevity, since she has been hot since age 18. That’s 56 years of hotness. That’s impressive.

I realize she may have been hot before age 18, but it is not culturally acceptable to refer to females younger than that as hot. It can even be dangerous to think that way. Just ask Jeffery Epstein. Uh okay, maybe you can’t do that – but you get my idea.

I do understand that Cher has received some assistance in maintaining her hotness. But it’s time we recognize that her body sculpting has been superb. We marvel at the ancient sculptures of women by Alexandros and Bernini. Why not hold Beverly Hills plastic surgeon Murry Goldstein in the same high regard. I mean, Cher is a
master-piece, no? 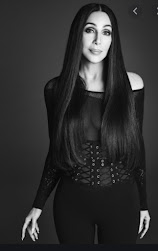 On second thought, maybe Cher shouldn’t be there when they turn back time by adjusting the atomic clock a “negative leap second”. This sounds difficult, and you wouldn’t want that scientist distracted by Cher’s hotness, would you?

I certainly hope that adjusting the time on the atomic clock is much easier than changing the time on the clock in my car. That task, done twice a year due to the time change, is an arduous one. Never accomplished without multiple failures and the expression of profanations.

If resetting the atomic clock is as challenging, I fear:

Science Boss: Wilson, were you successful at resetting the atomic clock?

Wilson: I almost there, boss. The thing keeps pushing me back to the previous menu, but I’ve almost got it. There are only a few problems to work out. I should have everything corrected sometime tomorrow.

Wilson: Well, we are now at war with Germany. And oh yeah, you probably want to stock up on butter on the way home. We will be rationing it soon.

The Three Hopes For This Year