Turn Your Head And Cough

I’m having more and more trouble deciphering current events because I’m “old school”. It sounds a lot better than saying “I’m just old” and when you throw in the school part, it makes your opinions sound much more educated. But I went to school when they stuck to educating you on real stuff, and when there were only two genders.

The latest source of confusion comes from the desire of some guys to play on female sports teams. Which except for the locker room showering privileges, makes no sense to me at all. But this topic is so relevant that the Ohio legislature had to propose a bill to prevent high school and college guys from competing in female sports.

Of course, to enforce this law, “questionable” athletes could be subject to inspection, which may or may not involve “probing”. Some people protested, claiming such practices would be “too intrusive”.

Too Intrusive? Really? Let me tell you something from my old school days about intrusion. To play sports in the ’70s, you had to pass a physical. This consisted of an alleged doctor who would look at you to make sure you were breathing, had no broken limbs, and appeared healthy enough to compete in that sport. However, the final step of the procedure involved dropping your pants, and the doctor pressed two fingers tight against your gonads, and you were then instructed to turn your head and cough.

This supposedly was done to make sure you didn’t have a hernia. Now we had no idea what a hernia was, but we speculated that if you had one, you could die if you played sports, or it wouldn’t be necessary to have a total stranger pushing hard on your nuts. The procedure was embarrassing and unpleasant. And it was more challenging to accomplish than it seems. It is difficult to breathe, let alone cough, with that much pressure on your nutsack. Unfortunately, if your first cough wasn’t strong enough, you had to cough again, and this time the pressure against your balls was increased. Trust me; your second cough was robust 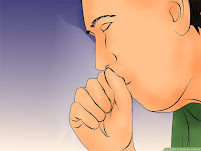 because you believed your manhood, and perhaps your life was in danger.

To my knowledge, no one ever failed this test. I don’t even know if it’s truly legitimate. I certainly hope the doctor administering this procedure didn’t volunteer for this assignment and wasn’t some wacko like the quacks at Ohio and Michigan State. No, you should not enjoy holding the schweddy balls of teen boys. And you certainly didn’t want this procedure done to you either. I think they had you turn your head because if you looked straight down and saw some guy pressing your nuts, you probably would turn and run, and never be heard from again.

If someone had failed the hernia test, they would have been viciously ridiculed by the other guys. It would have been perceived that their man parts were not substantial enough to play male sports. We would have laughed and told them to try out for the girl’s team! What an insult! Ironically, today, we are talking about this very subject because some biological guys actually want to play on the girl’s team. My, my, my – how far we have gone.

So unfortunately, I have no sympathy for those females who must be verified. I don’t believe that any probing of organs is necessary. A visual inspection should be sufficient. Instead of junk in the trunk, you are looking for man-junk under the hood. It’s so easy; I could do it. I’ve had a penis all my life and am confident I could identify one, even if it were attached to a long-haired blonde named Sally.

Not that I am volunteering. There was a time when me and my adolescent friends, including you Freddy, would have tried to sneak into the girl’s locker room to catch a glimpse of some nakedness. But I am much more mature now. Infinitely more mature. Alright, I’d probably still take the job if they offered it to me. But they are not going to, so it’s a moot point.

So, I hope they just decide that a visual check is fine. But if they do catch someone with original guy parts trying to sneak onto the girl’s/woman’s team, I hope the doctor puts two fingers firmly on the nutsack and tells them to turn their head and cough. They might have a hernia, and you want to be sure to catch it now before they play sports and die.

A related story from high school….

Naddine was an exchange student from Germany. She was pleasant, but not much to look at, with her boyish figure. Some even said she had excessive body hair. But the girl was a natural athlete, and she sure could swim. She was the best swimmer the school ever had, and her times were the fastest in the entire state. Even though she was a foreigner, the community embraced her. Huge crowds attended the swim meets, and we all would yell: Go Nadds! Go Nadds! Go Nadds! Go!